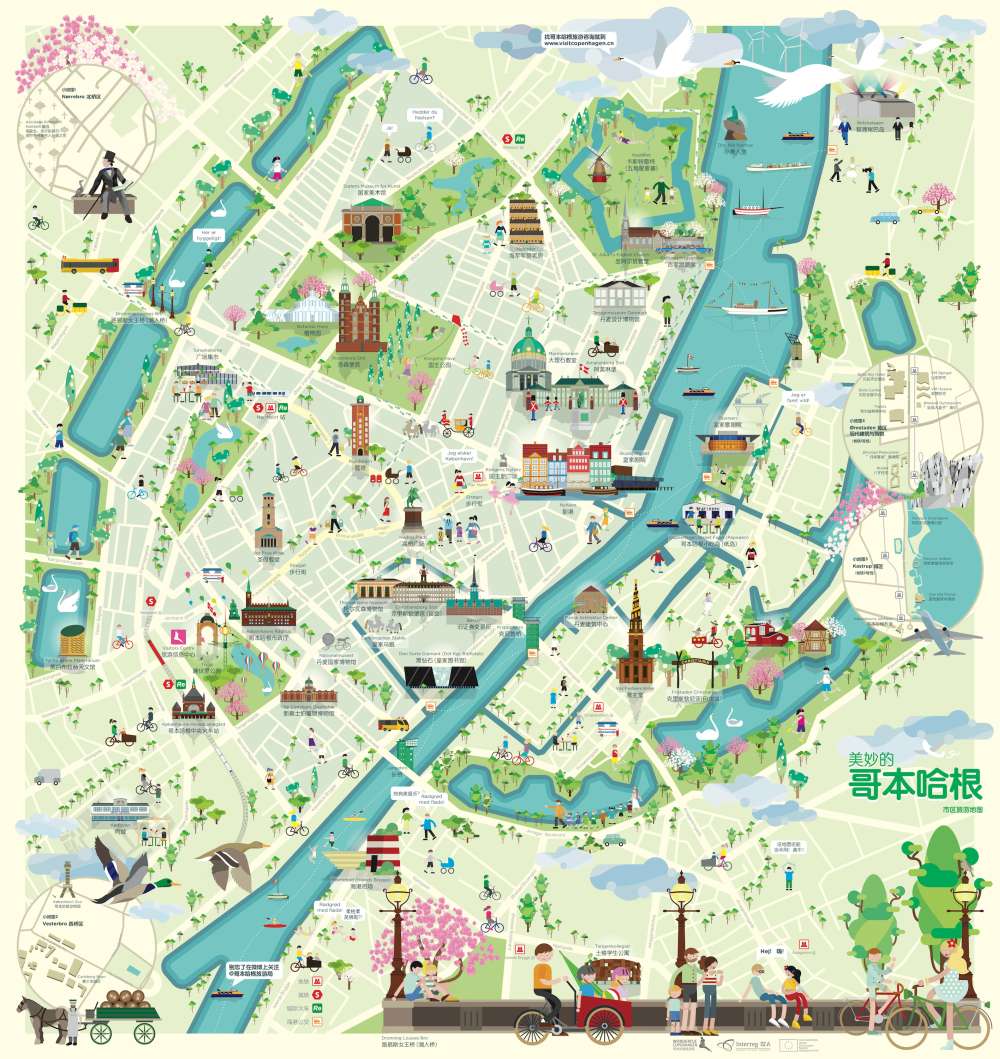 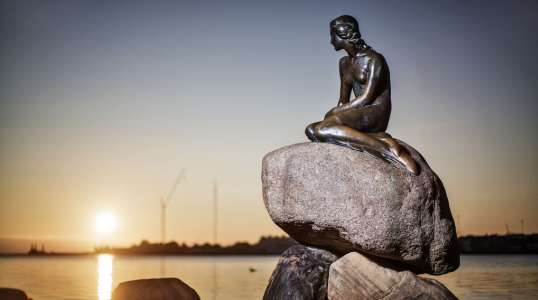 At Langelinje Pier you will find one of Copenhagen's most famous tourist attractions: The sculpture of The Little Mermaid. 23 August 2013 she turned 100 years old.

Unveiled on 23 August 1913, The Little Mermaid was a gift from Danish brewer Carl Jacobsen to the City of Copenhagen.

The sculpture is made of bronze and granite and was inspired by Hans Christian Andersen’s fairy tale about a mermaid who gives up everything to be united with a young, handsome prince on land. 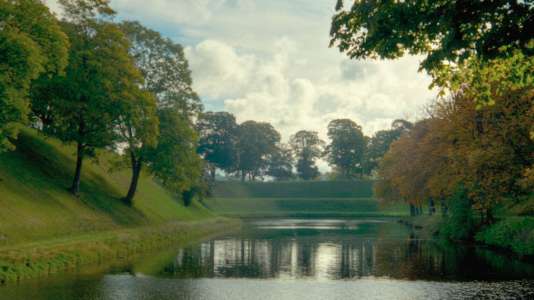 The Citadel in Copenhagen was founded by Danish King Christian 4 in 1626. You will find it on the border of inner Copenhagen and the area of Østerbro.

Today, the buildings inside the Citadel are used as military barracks and offices. However, the area is open to the public and a favourite green lung for a brisk walk or jog on the ramparts.

Johan Friedrich Struensee was arrested on the night of 17 January 1772 after a masquerade ball at the Court Theatre in Copenhagen.

He was placed under arrest at the Citadel where he stayed until his trial on 21 February. He was convicted of lese-majesty because of his affair with Queen Caroline Mathilde. 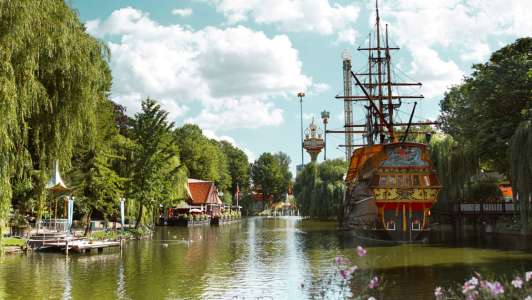 Tivoli Gardens amusement park in Copenhagen is a must for all visitors to the city, young and old. Tivoli is located just a few minutes walk from City Hall, and with the Copenhagen Central Station as its nearest neighbour it is very easy to get to.

Tivoli Gardens was founded in 1843 and has become a national treasure and an international attraction. Fairy tale writer Hans Christian Andersen visited many times, as did Walt Disney and many other celebrities, who all fell in love with the gardens.

Part of Tivoli Gardens' secret is that there is something for everyone. The scenery is beautiful with exotic architecture, historic buildings and lush gardens. At night, thousands of coloured lights create a fairy tale atmosphere that is completely unique. 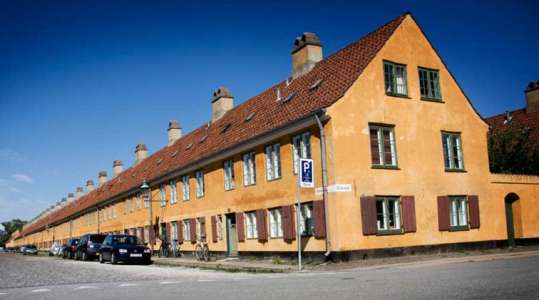 The most outstanding features of these terraced houses are their yellow colour and infinite repetitions. The Nyboder Houses were commissioned by King Christian IV to house the nation's seafaring men and their families.

Right from the start, this was a privileged area to live in. Nyboder had a private hospital, private schools, and a police force of its own. In return for these privileges, all male residents were obliged to perform military duty for a period of up to 20 years.The Nyboder Houses are unique in the sense that houses built for ordinary people do not usually last for centuries. 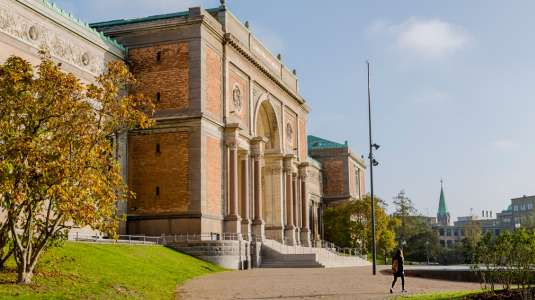 SMK - The National Gallery of Denmark (Statens Museum for Kunst) is Denmark’s largest art museum, featuring outstanding collections of Danish and international art from the past seven centuries. SMK is located just off of Copenhagen's Nørreport station. Here you can experience special exhibitions, the royal collections, guided tours, performances, art talks, concerts, workshops and much more. 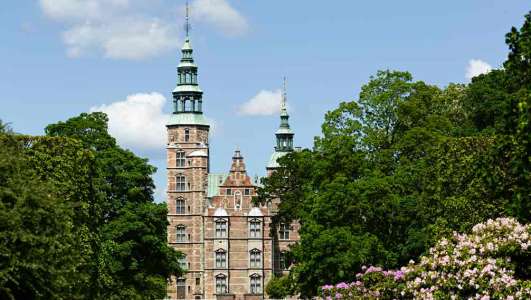 A royal hermitage set in the King’s Garden in the heart of Copenhagen, Rosenborg Castle features 400 years of splendor, royal art treasures and the Crown Jewels and Royal Regalia.

Rosenborg Castle was built by one of the most famous Scandinavian kings, Christian IV, in the early 17th century.

Among the main attractions is the Knights’ Hall with the coronation thrones and three life-size silver lions standing guard. Tapestries on the walls commemorate battles between Denmark and Sweden. 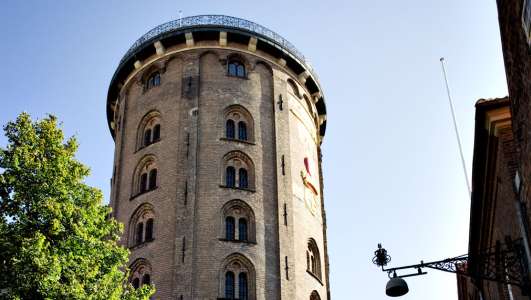 The 17th century tower and observatory Rundetaarn, or the round tower, is the oldest functioning observatory in Europe.

When Christian IV built the tower, Denmark was quite famous for its astronomical achievements thanks to the astronomer Tycho Brahe. When he died in 1601, the King wished to continue Brahe's research, and thus the round tower came into being.

It has been a while since the scientists left, but the observatory is still used by amateur astronomers and the many visitors. The observatory is encircled by an outdoor platform from which you have a magnificent view of the old part of Copenhagen. 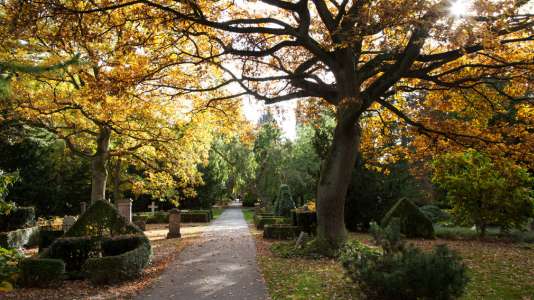 For more than 250 years, the people of Copenhagen have buried their dead - known and unknown - at Assistens Kirkegård cemetery. Today the cemetery is one of the Nørrebro area's most interesting and lush green oases, where both locals and visitors go for a stroll.

Assistens Kirkegård cemetery in Copenhagen exudes both big and small stories that represent the dead. Here, you will see thousands of gravestones of notable people from the last centuries of Danish history - Hans Christian Andersen and Søren Kierkegaard being the most famous. 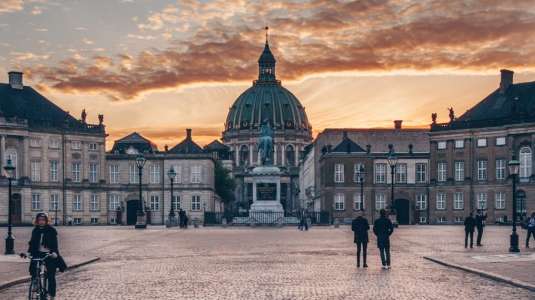 Amalienborg Palace is a must for anyone with a taste for royal history and the life of Denmark’s royal family who still resides inside the palace.

Experience royal history at the museum and sense the present of the world's oldest monarchy from the beautiful palace square where you can watch the changing of the guards. 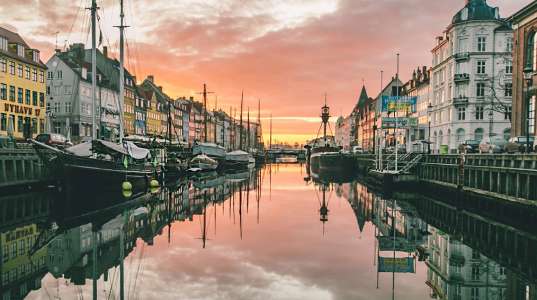 Especially during summer Nyhavn is the perfect place to end a long day. Have dinner at one of the cosy restaurants or do like the locals and buy a beer from a nearby store and rest your feet at the quayside.

Nyhavn was originally a busy commercial port where ships from all over the world would dock. The area was packed with sailors, ladies of pleasure, pubs and alehouses.

Today the beautiful old houses have been renovated and classy restaurants dominate the old port. Nyhavn is filled with people enjoying the relaxed atmosphere by the canal, jazz music and great food. 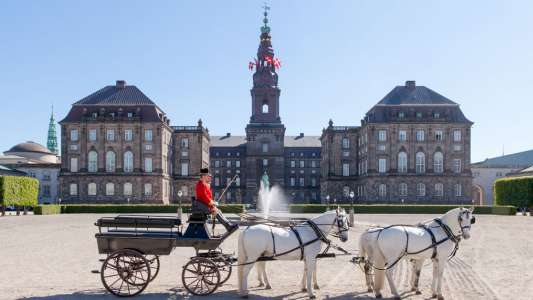 Christiansborg Palace, located on the tiny island of Slotsholmen, contains the Danish Parliament Folketinget, the Supreme Court, and the Ministry of State.

Parts of the palace are used by the Royal Family for various functions and events. The Royal Reception Rooms include The Tower Room and The Oval Throne Room where foreign ambassadors to Denmark are received by the Queen. The Throne Room gives access to the balcony where the Danish monarchs are proclaimed.

The Great Hall is the most imposing room in the palace. This is where you will find the Queen's tapestries. 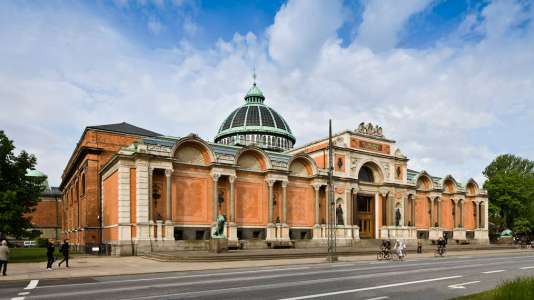 The Modern Department focuses on Danish painting and sculpture of the 19th and 20th centuries, as well as French art of the same period. Enjoy paintings from Denmark's Golden Age, and experience French Impressionism as well as more than 40 works by Gauguin. It is also possible to see the complete series of Degas' bronzes and 35 sculptures by Rodin.